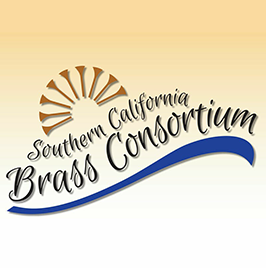 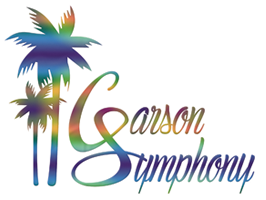 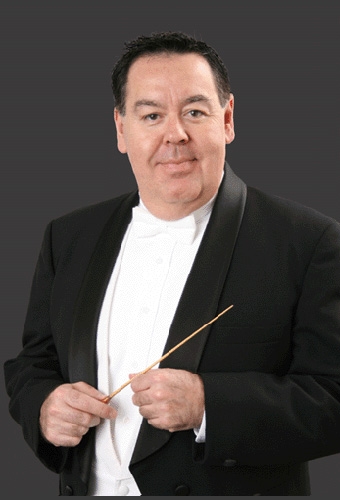 HECTOR SALAZAR received his Bachelor of Arts degree from California State University (CSU) Dominguez Hills where he studied conducting with Frances Steiner. He earned his Master of Arts Degree from CSU, Long Beach and studied conducting with Larry Curtis and Rubin Gurevich. Currently Mr. Salazar is the assistant conductor of the Chamber Orchestra of the South Bay and has recently taken the baton of the Carson Hills Symphony Orchestra and is Music Director for the Southern California Brass Consortium and the Music Ensemble of Los Angeles.

Mr. Salazar’s film credits include The Big Brass Ring, The Apostate and The Sisters composed by Thomas Morse. He has worked with such film composers as Norman “Buddy” Baker, Lee Holdridge, Mauro Bruno and Michael Kamen (Robin Hood Prince of Thieves).

On May 31st, 2009 Mr. Salazar was honored by the City of Torrance and the Torrance Cultural Arts Commission with the 2009 Excellence in Arts Award in the category of Music and a Commendation from the County of Los Angeles (see photo page).

Familiar with musical theatre, he has conducted over forty musicals and operetta’s including: Hairspray, Guys & Dolls, Chicago, Sweet Charity, Into The Woods, Once On This Island, West Side Story, Damn Yankees, Annie, The Fantasticks, Once Upon A Mattress, Hair (with John Corbett), A Chorus Line, The Pirates of Penzance, Man of La Mancha, Urinetown, Oliver, Sweeney Todd, Cabaret, The Sound of Music, and Crazy for You and No, No, Nanette for Downey Civic Light Opera. Mr. Salazar also conducted the highly acclaimed production of Kurt Weill’s The Threepenny Opera as part of the Kurt Weill Centennial Celebration in 2000. His summer, 2007 direction of West Side Story for Torrance Theatre Company received high critical acclaim. Hector conducted a fully-staged production of Stravinsky’s The Soldier’s Tale for El Camino College’s Resident Artist Series.

Mr. Salazar guest conducted the Rio Hondo Symphony (November 2, 2008) in a program of Brahms, Wagner (with renowned soprano Erin Wood) and Carl Reinecke (Symphony No. 3). On February 7, 2009 Maestro Salazar conducted the Carson-Dominguez Hills Symphony Orchestra in the world premiere of Philip Westin’s narrated children’s work Timothy and the Magic Garden* with Karen Sharp, radio personality and host of "Lovesongs on the Coast" on KOST 103.5. In March 2009 he completed a highly acclaimed production of Sondheim's Sweeney Todd and Sondheim's Company at Cerritos College in Norwalk, California.

Maestro Salazar will opened the 2010-11 season of the Downey Civic Light Opera conducting the operetta No, No, Nanette followed byThe Full Monty for Cypress College, Jim Hormel, director, and Reefer Madness, for Cerritos College, Patrick Pearson, director. He guest conducted the La Mirada Symphony on May 21, 2011 in an "All American" program of Sill, Grofe, Hason, and Copland's "Old American Songs".

Opening the 2013-14 season was a production of RENT at Cypress College directed and choreographed by Arthur Ross (October 2013) and was followed with a production of Big River for Cypress College and The Boys From Syracuse at Cerritos College. On April 6, 2014 Mr. Salazar will conducted the Music Ensemble of Los Angeles in a program of Vivaldi, Mendelssohn, Debussy and the world premiere of an Oboe/English Horn Concerto by composer Philip Westin. This work was commissioned by Mr. Salazar and will be premiered by Oboist Joseph Stone as part of the Guest Artist Series at El Camino College in Torrance, CA.

The 2014-15 season will include the musicals Into the Woods and Hair along conducting The Southern California Brass Consortium.

2016-17 has Mr. Salazar conducting four subscription concerts with SCBC, a return to the 57th Annual L.A. County Holiday Celebration televised live from the Los Angeles Music Center. In March of 2017 he will conduct a fully-staged production of Sondheim's FOLLIES at Cypress College as part of their 50th Anniversary.

*For more information on the music of Philip Westin and to read more about Timothy and the Magic Garden please visit www.philipwestin.com.